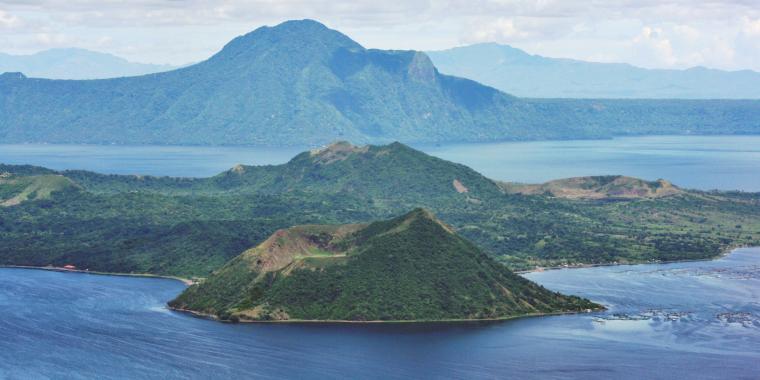 After your sumptous breakfast served either inside your room or at the lounge, you will be met by STS Tour Guide for your exciting and informative helicopter tour to Corregidor Island and Taal Volcano, 2 of hundreds of interesting destinations in the country.

Corregidor Island lies at the South of Manila Bay 26 miles west of Manila.  It is from here that Filipino and American soldiers gallantly fought off the Japanese forces in 1942.  Visit Pacific War Memorial, the Mile-Long Barracks said to be the longest in the world and the Malinta Tunnel which housed General Douglas MacArthur and was used as hospital for the wounded during the invasion.  While, Taal Volcano is the second active volcano in the country, it is also the smallest in the world. Taal has an island within a lake, that is on an island within a lake, that is on an island: Vulcan Point Island is within Main Crater Lake, which is on Volcano Island, which is within Taal Lake, which is on the main Philippine Island, Luzon.

After sight-seeing, enjoy an organic lunch in one of the hidden garden restaurants in the area and drop off in one of the street fruit stand market all the way back to Manila.